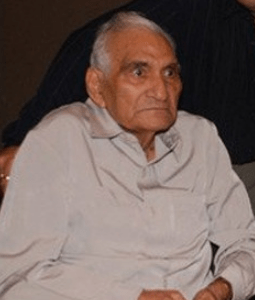 B.R. Chopra was one of the most renowned & established film directors & producers of Bollywood. Also, the most versatile directors of that time who had explored in almost every genre. The director made his debut with directing Ashok Kumar in Afsana which was the massive hit of 1951. Further, he delivered several hits especially in 60’s & 70’s. BOTY has created a column for B.R. Chopra movies which includes the full list of his films.

Almost all the major hits of 60's, Kanoon, Gumrah & Humraaz are B.R. Chopra movies. Furthermore, he was famous for exploring movies in every genre such as suspense thriller, comedy, crime, politics etc. The director started his career as film journalist in the year 1944. Further, in the year 1951, his first film, Afsana was a major hit & very soon, Chopra became an established director.

Furthermore, his younger brother, Yash Chopra was also the most successful director in Bollywood. Apart from film direction, B.R. Chopra has directed a television series, Mahabharata in the late 80's.

In the year 1954, he established his own production company, B.R. Films. His first production was a 1957 film Naya Daur which featured Dilip Kumar & Vyjayantimala in the lead role. It was the major blockbuster of that year.

BOTY has created a special column for B.R. Chopra movies which has the full list of his films. Check out your favorite ones.