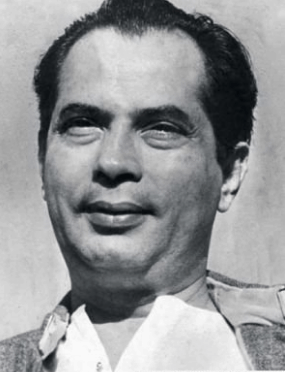 Bimal Roy was best known for films such as Parineeta, Biraj Bahu, Madhumati, Sujata, Bandini & Do Bigha Zamin. His film Madhumati won almost 9 Filmfare awards in the year 1958. It remained as a record for 37 years. Basically, the director was famous for making realistic & socialistic films. BOTY has created a column for Bimal Roy Movies which includes the list of all his films.

In Bollywood, Bimal Roy was famous for making films which were generally based on either real or social issues. Parineeta, Biraj Bahu, Madhumati, Do Bigha Zamin are some notable Bimal Roy Movies.

His 1958 release, Madhumati became his most notable blockbuster. The director won 9 Filmfare awards for this film. Also, it remained as a record for almost 37 years.

Initially, Roy started his career as a cameraman & then as an assistant photographer. Later, he made his directorial debut with the film Humrahi in the year 1945. To know more about Bimal Roy Movies, check out the list created by BOTY & find out your favorite movies.