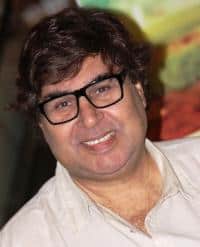 Guddu Dhanoa is best known for his action flicks like Ziddi, Bichhoo, Jaal & Kismat. He is a famous Indian director & producer who makes films prominently in Hindi. The director started his career as a film producer by producing SRK’s Deewana in the year, 1992. Since then, he has delivered several Bollywood films. BOTY has created a column for Guddu Dhanoa Movies which includes the list of all his films. Check out your favorite ones.

Guddu Dhanoa is an Indian filmmaker who is best known for his action films. Ziddi, Bichhoo, Jaal, Kismat are all Guddu Dhanoa films. Interestingly, he became famous in producing films before being famous as a director. He was the producer of a 1992 blockbuster Deewana which featured the Superstar Shah Rukh Khan.

Furthermore, his directorial Ziddi made a great success at the box office. The director is also appreciated for establishing Sunny Deol's career with this film. Also, he has worked with Deol's younger brother, Bobby Deol in many films.

Since he has a long list of films, BOTY has created a special column for Guddu Dhanoa movies which has the full list of his hits & flops.