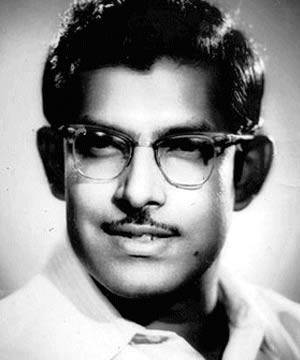 Hrishikesh Mukherjee was one of the greatest directors of Indian Cinema. He has directed more than 40 movies in his four-decade career. The director has the highest number of notable movies like Anand, Satyakam, Chupke Chupke, Gol Maal, Namak Haraam & many more. Since all his movies cannot be listed here, BOTY has created a column for Hrishikesh Mukherjee Movies which includes the full list of his movies. Find out your favorite ones.

Hrishikesh Mukherjee was known as the Pioneer of the middle cinema of India. He was one of the most renowned & the finest directors in the Hindi Film Industry. Bollywood's most notable films of 60's & 70's are all Hrishikesh Mukherjee movies. In his 4 decades of long career, he has directed more than 40 films.

Being appreciated with several renowned awards, the director also remained as the chairman of CBFC (Central Board For Film Certification). Initially, he started as a cameraman then film editor & an assistant director. Hrishikesh made his directorial debut in 1957 with Musafir.

Furthermore, Hrishi da was well known for his films with social issues. Most of his films were based on social issues & regarding changes in the society. BOTY has generated a full list of Hrishikesh Mukherjee movies which includes all his hits & superhits.