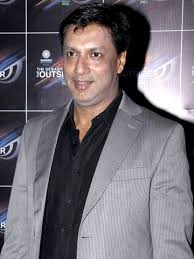 Bhandarkar is best known for films like Chandani Bar, Traffic Signal, Fashion & Page 3. He started his career as an assistant director of Ram Gopal Varma. He assisted him in many films. Further, he made his directorial debut with Trishakti in the year 1999. Since then, the director has delivered many super hits to the industry. BOTY has created a full list of Madhur Bhandarkar movies. Check out your favorite ones.

Madhur Bhandarkar is one of the top directors of Bollywood. He made his directorial debut with Trishakti in the year 1999. The director took more than 3 years to make Trishakti. Though this film didn't do well at the box office. Further, he delivered many super hits to the industry. Chandani Bar, Traffic Signal, Fashion etc are all Madhur Bhandarkar movies.

Bhandarkar's second release, Chandani Bar bagged him his first National Award. Since then, he became one of the top filmmakers in the Hindi film industry. Once the director represented India at BRICS film festival.

Initially, he collaborated with the leading film director, Ram Gopal Varma as an assistant director. Madhur even played a cameo role in Varma's directorial Rangeela in the year 1995. BOTY has created a full list of Madhur Bhandarkar movies which includes all his work.