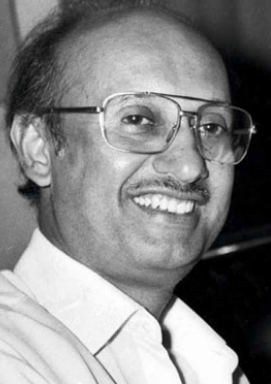 Manmohan Desai is best known for movies like Naseeb, Kismat, Coolie, Mard & many more. He was one of the finest directors of 70’s & the 80’s. Also, he was a renowned film producer. The director has worked with all the bigwigs of that time. Amitabh Bachchan, Raj Kapoor, Shammi Kapoor, Rajesh Khanna, Shashi Kapoor & Dharmendra were all his actors. Desai has introduced masala films in Bollywood. He has given several hits to the industry. BOTY has created a column for Manmohan Desai Movies which includes the full list of his movies. Go & check out your favorite ones.

Manmohan Desai was born to a famous film producer, Kikubhai Desai who was the founder of the production company, Paramount Movies. Later, it was renamed as Filmalaya. Even his elder brother, Subhash Desai is into the film production. The director made his first film, Chhalia in the year 1960 which was produced by his elder brother. Initially, most of Manmohan Desai movies were produced by Subhash Desai.

The director had a string of hits in 70's & the 80's with Amitabh Bachchan. Amar Akbar Anthony, Parvarish, Suhaag, Coolie, Mard, Naseeb were the super hits of that time. Apart from Amitabh Bachchan, he had directed almost all the bigwigs of that time. Dharmendra, Rajesh Khanna & all the Kapoor brothers were all his actors.

Furthermore, this director was famous for making family-oriented films which were full of action, songs & dance. He was the one to introduce masala films in Bollywood. Since all his movies cannot be listed here, BOTY has created a special column for Manmohan Desai Movies which includes the full list of all his films.