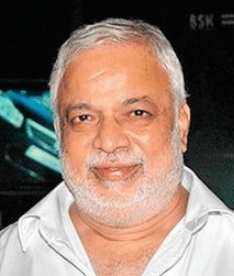 N. Chandra is best known for movies such as Tezaab, Ankush, Wajood, Style, Phool Aur Angaar & many more. He made his debut in the year 1986 with the film, Ankush which became one of the blockbusters of that year. To know more about N. Chandra Movies, check out BOTY where a full list of his films has been prepared.

N. Chandra was a popular film producer, director, editor & screenwriter of the Hindi film industry. He made his directorial debut in the year 1986 with Ankush which was marked as the blockbuster of that year. Further, he gave several superhits to the industry. Tezaab, Wajood, Style, Shikari are all N. Chandra movies.

Initially, the director started his career as a film editor & an assistant director. He was the part of Anil Kapoor starrer Woh Saat Din in the year 1983. Further, he moved into film direction. His initial films were action thrillers.

Chandra's first film, Ankush was inspired by Gulzar's Mere Apne which portrayed the character of four young angry men. Ankush became a surprise hit of 1986. It was made with the budget of Rs 12 lakhs & earned around Rs 95 lakhs. To know more about N. Chandra movies, go to BOTY where a full list of his films has been prepared.