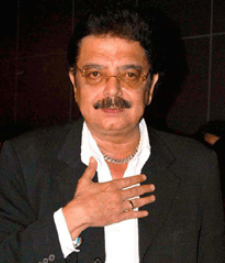 Raj N. Sippy was one of the renowned directors & producers of the Hindi film industry. He entered Bollywood in the year 1978 with the film, Inkaar. Further, he delivered several hits to the industry. Since all the names cannot be listed here, BOTY has created a separate column for Raj N. Sippy Movies where there is the list of all his films.

Nishana, Ikke Pe Ikka, Mr. Bond, Saugandh, Pardesi, Boxer, Qayamat, Satte Pe Satta, Satyamev Jayate are some notable Raj N. Sippy movies. The director was one of the popular directors of 80's & 90's. He made his directorial debut in the late 80's with Inkaar which was a moderate success at the box office.

Furthermore, Raj Sippy has worked with the superstars of almost every generation. From Jeetendra to Akshay Kumar, everyone has been directed by Raj Sippy. Also, he was the one to launch Akshay Kumar in the Hindi films with Saugandh in the year 1991.

To know more about Raj N. Sippy movies, check out BOTY where a full list of all his films has been created. Find out your favorite ones.