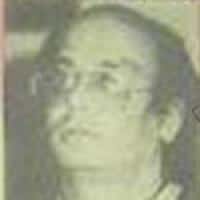 Ravikant Nagaich was an Indian cinematographer & director who prominently worked in Telugu as well as Hindi film industry. After doing so many Telugu films, he made his directorial debut in the year 1967 with Farz. BOTY has created a full list of Ravikant Nagaich Movies where you can check out all his Telugu & Hindi movies.

Ravikant Nagaich was one of the leading cinematographers as well as directors of the Telugu film industry who later entered Bollywood as well. The Train, Kala Sona, Jadu Tona, Surakshaa, Wardaat are all Ravikant Nagaich movies.

To know more about Ravikant Nagaich movies, check out BOTY which has created a full list of all his films, both Telugu & Hindi movies. Find out your favorite ones.