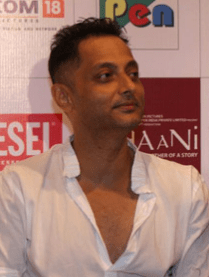 In Bollywood, Sujoy Ghosh is best known for his films like Kahaani & Kahaani 2. In 2003, he started his directorial career with a small budget film, Jhankar Beats. Further, he made many more movies. BOTY has generated a separate column for Sujoy Ghosh Movies which has the list of all his films. Find out your favorite ones.

Sujoy Ghosh is a talented director, producer & screenwriter of Indian Cinema. Vidya Balan starrer Kahaani & Kahaani 2 are the most notable Sujoy Ghosh Movies. He gained enormous popularity through this film. His 2012 release Kahaani collected over Rs 50 crores in the domestic market & around Rs 90 crores worldwide.

The director made his debut in the year 2003 with a small budget film, Jhankar Beats. It was a commercially successful film. Further, he made many more movies out of which some were hits & some gave him moderate success. He is a film produces as well. Ghosh has been the screenwriter of Hrithik Roshan starrer, action-thriller Bang-Bang.

To know more about Sujoy Ghosh Movies, check out BOTY which has generated a separate list of all his films.