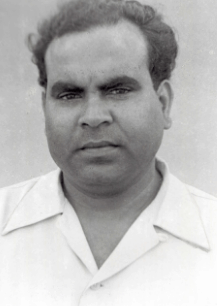 T. Prakash Rao is best known for movies like Nirupedalu, Charana Daasi, Uthama Puthiran, Maa Babu, Sasural & many more. He was one of the leading filmmakers of Telugu film industry who made some Tamil & Hindi films as well. Since all the titles cannot be written here, BOTY has created a column for T. Prakash Rao Movies which has the list of all his films.

T. Prakash Rao was one of the most popular film directors of the South Indian film industry. He started with the Telugu films. Further, he made several movies in Tamil & Hindi as well. Nirupedalu, Amara Deepam, Jayam Manade, Amardeep, Sitamgar, Nalla Theerpu, Bahu Rani are some famous T. Prakash Rao movies.

Initially, he started his career as an assistant director to the directors like L.V. Prasad & K.V. Reddy. Rao has been the parts of films like Drohi, Samsaram, Shavukar etc. In the year 1952, he made his directorial debut with a Telugu flick, Palletooru. Very soon, the director became one of the leading directors of the South Indian film industry.

Furthermore, he entered Bollywood in the year 1958 with the film, Amardeep. In 4 decades of his film career, the director has delivered more than 50 movies to the film industry. BOTY has created a column for T. Prakash Rao movies which includes the list of all his films.