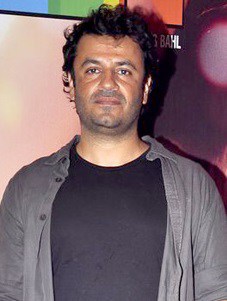 Vikas Bahl is best known for his film, Queen which was released in 2014. It was a low-budget film which collected over Rs 50 crores in Indian market & around Rs 100 crores in the international market. To know more about Vikas Bahl Movies, check out BOTY which has created a separate list of all his films. Find out your favorite ones.

Vikas Bahl is a talented director in Bollywood who is best known for his blockbuster Queen. He made his directorial debut with Chillar Party in the year 2011. His 2014 release Queen which featured Kangana Ranaut in the lead role is one of the most notable Vikas Bahl Movies.

In Bollywood, he is prominently a film producer who has produced more films as compared to directorial. Bahl started his career as a co-producer of films such as Black, Udaan, No One Killed Jessica, Dev D, Thank You & many more. Further, he directed & produced many more films which include both hits & flops.

Since all his films cannot be listed here, BOTY has created a separate column for Vikas Bahl movies which has the full list of all his films. Check out your favorite ones.