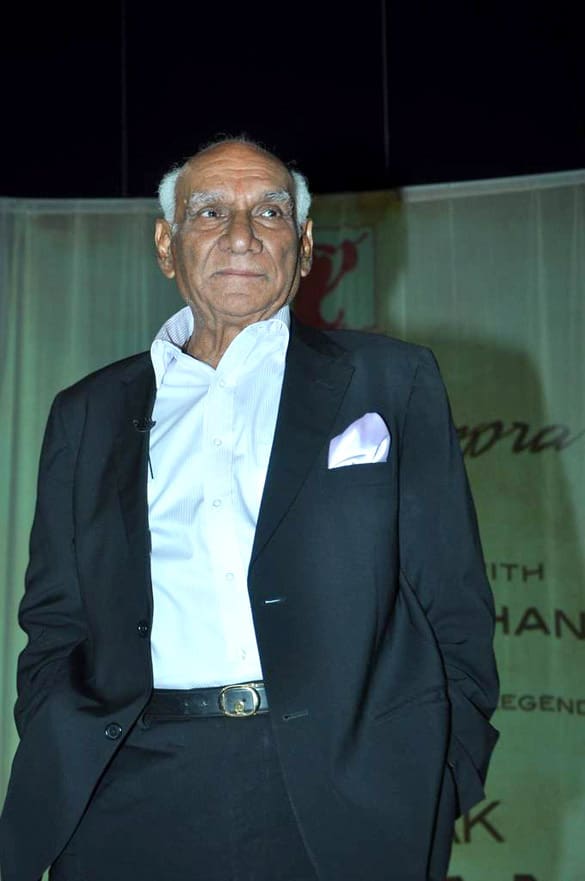 Yash Chopra was a legendary film director & producer. He was one of the leading directors of Hindi Cinema since 70’s. Starting his career as an assistant director, he made his directorial debut in the year 1959. Dhool Ka Phool (1959) was a major hit & grand start of his career. In 5 decades of his career, Yash Raj Films has produced & directed more than 50 films. BOTY has generated a column for Yash Chopra movies list where you can check out all his work.

Yash Chopra was one of the leading Film directors of Hindi Cinema. He was the founder of Yash Raj Films. Chopra made his directorial debut in 1959 with Dhool Ka Phool which was a major hit. In the year 1973, YRF produced its first film, Daag. Yash Raj movies list includes most of the hits of 70's & the 80's. Bollywood's iconic films of that era like Deewar & Kabhie Kabhie was by YRF.

In the era of 80's, he started the trend of musical & romantic movies ending the era of violent films. Well, this the main reason for calling him the King Of Romance. Furthermore, he introduced more romantic films to Bollywood. His films, Chandani & Lamhe are the biggest examples.

Yash Chopra is that name who is responsible for making Amitabh Bachchan, The Shehenshah & Shah Rukh Khan, The Badshah of Bollywood.

In the year 2006, Yash Raj Films became India's biggest production industry. Jab Tak Hai Jaan (2012) was his last film. BOTY has created a column for Yash Raj movies which includes the list of all his iconic films.