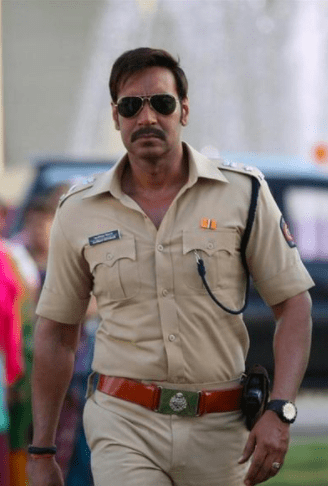 Born as Vishal Veeru Devgan, he is popularly known as Ajay Devgn. He was born in a Punjabi family, belonging to Amritsar. Ajay is in the Bollywood cinema since the 1990s. He has done all kinds of genres, entertaining people to the fullest.

Ajay Devgn entered into Bollywood in the year 1991. Over the time, he has done more than 100+ Bollywood movies. He is not only a successful actor but a very popular director and producer as well. His movie 'Hum Dil De Chuke Sanam' formed the defining moment in his life. This movie also won him his first National Film Award for the Best Actor. Thus began the journey of Ajay Devgn on the path of success. BOTY has created the Ajay Devgn Movies List, where you can check out all his movies and learn more about his success so far.

In the recent years, Ajay has started trying all kinds of roles, from funny Sardar in "Son of Sardar" to an honest and strict policeman, Bajirao Singham in "Singham". Both his movies were super hit. He has also delivered back to back blockbusters in the form of Golmaal series with Rohit Shetty.

Not only his acting, people are a fan of his dialogues as well. "Aata Maajhi Satakli" and "Aali re aali ... aata tujhi baari aali" from "Singham" are the all-time favorite dialogues of most of his fans.

Like there is some invisible war between some Shahrukh and Salman fans, Ajay Devgn fans are relatively very neutral. They love what Ajay portray on the screen and does not bother much about any competition. Whether it is a comedy or a serious role, his fans love him in any avatar he appears.

Since there are over 100+ movies of Ajay Devgn, it is difficult to talk about each and every movie. So, BOTY has created the top best Ajay Devgn Movies List, which includes his best works over the years.