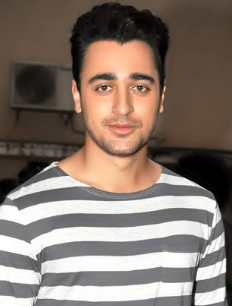 Imran Khan is best known for his roles in Jaane Tu… Ya Jaane Na, I Hate Luv Stories, Mere Brother Ki Dulhan & many more. In Bollywood, he has the image of chocolaty lover boy due to his characters in the movies. BOTY has created a list of Imran Khan Movies which has the names of all his films. Check out your favorite ones.

Mere Brother Ki Dulhan, Jaane Tu Ya Jaane Na, Delhi Belly, Katti Batti, Once Upon A Time In Mumbai Dobaara!, I Hate Luv Storys are some notable Imran Khan movies. Very few are the actors who become famous just after their first film. Imran Khan is one of them.

Khan made his debut as a male lead with a romantic comedy film, Jaane Tu... Ya Jaane Na in the year 2008. His performance in this was highly appreciated, both critically & commercially. The actor even got an award for his debut film.

Due to his loving & romantic roles, Khan is famous as a lover boy in the Hindi film industry. In real life, he is married to his longtime girlfriend, Avantika Malik.

To know more about Imran Khan movies, check out BOTY where a separate list of all his films has been created. Find out your favorite ones.