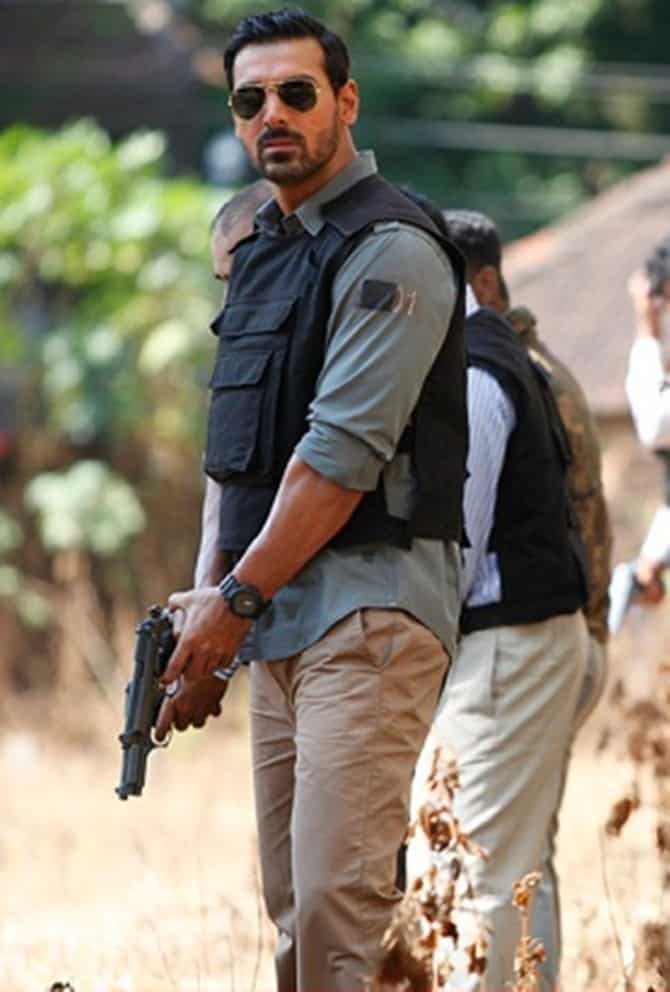 John Abraham is one of those actors who has established himself in the Bollywood without any filmy background. He has worked in many hit films and made a remarkable contribution to the Indian film industry.

John Abraham is one of the fittest actors of Bollywood. When he started his career in the film industry, he had no background to support him. He worked so hard and in today's time, he is one of the high rated actors of India. John has worked in many popular films and played an important role in making them a box office hits.

Due to his strong physique, he is the first choice for any filmmaker, especially for action movies. John Abraham movies list portrays him as a strong personality and he mostly appears as a cop in the films.

Apart from these films, some of his popular works are Kaal, Garam Masala, New York, Force, Desi Boyz, Houseful 2, Race 2, Shootout At Wadala, Madras Cafe, Welcome Back, Dishoom, and Force 2. He also worked as a producer in the hit films namely Vicky Donor and Madras Cafe. His upcoming movie "Parmanu: The Stroy of Pokhran" is going to hit the theaters soon.

Here we have enlisted the famous films of John Abraham. Also, the budget and box office collection of these movies are given in every movie details.