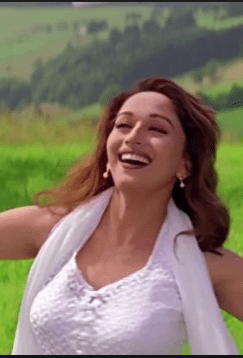 Madhuri Dixit, also known as “Dhak Dhak Girl” is not only a very talented actor but also an excellent dancer of Bollywood. She has impressed everyone with her lively expressions and is one of the most loved actresses of Hindi film industry.

Madhuri Dixit has been working in the Hindi films for the last three decades. She is not only famous for her acting but also popular for her dancing skills. The "Dhak Dhak Girl" has made a remarkable contribution to the Indian film industry and impressed everyone with her work. Madhuri Dixit movies are most popular because of her exceptional dancing and acting skills.

She has won many awards for her exceptional performances in her movies. Madhuri came to notice with the movie "Tezaab" and after this, she appeared in many famous films. Some of her popular works are Ram Lakhan, Hum Aapke Hain Kaun, Raja, Dil Toh Pagal Hai, Lajja, Pukar, Devdas, to name a few.

Not only the spontaneity of her acting but her dancing skills have always won the heart of his fans. Her performance on the item song "Ek Do Teen" from the movie Tezaab received laurels from the critics and audience. This song is so popular that it is reused in the 2018 movie Baaghi 2 with Jacqueline Fernandes replacing Madhuri Dixit.

Madhuri Dixit is going to appear in her upcoming movie "Total Dhamaal". Also, she would also be starred in the Marathi film "Bucket List".