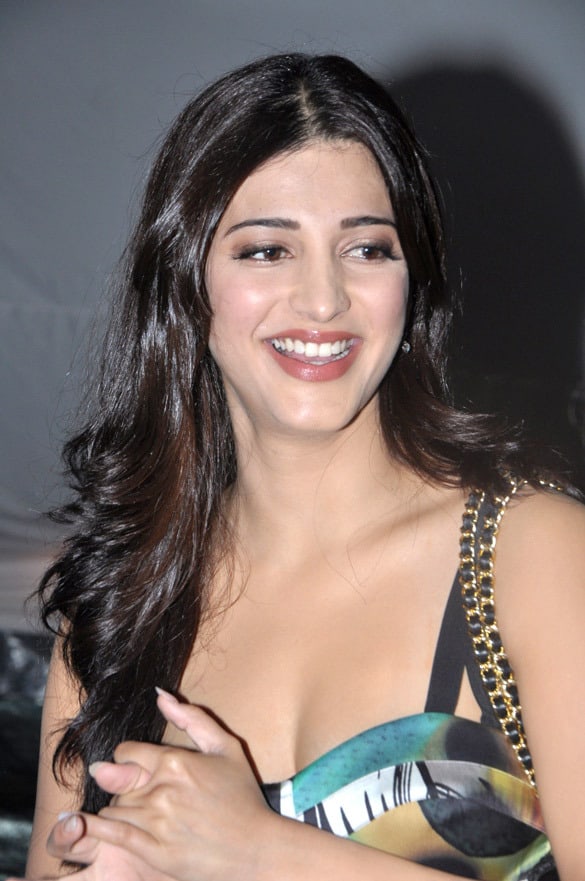 Shruti Hassan is the daughter of Kamal Haasan, one of the famous actor and producer. With her skilled acting and spellbound looks, she has impressed everyone. Due to her spectacular contribution in Hindi, Telugu, and Tamil film industries, she has a huge fan following all over the country.

Indian movie industry has got many beautiful actresses who are not only famous for their beauty but also for their talented acting skills. Among many gorgeous actresses, one such name is Shruti Hassan. She is the daughter of Kamal Hassan, one of the most renowned artists of the film industry. Shruti Hassan movies introduce everyone to the inherent talent that she possesses.

Before making her debut as an actress, she had worked as a child actor in many films. Shruti Hassan made her debut in the Hindi film industry with the movie Luck in the year 2009. She received accolades for her spellbound acting and good looks in that movie. One of the most interesting facts about her is that she has not only worked in Hindi film industry but also in Tamil and Telugu industry. And the surprising fact is that most of her films are from Tamil and Telugu film industry only.

Almost everyone knows her as an actor, but one unknown fact about her is that she has also started her career as a music director. It is this passion for music and films which paved her path in these two creative fields. And in today’s time, she is not only a skillful actor but also a very talented musician. She has performed in many concerts and composed many songs with her crew members.

Some of the Hindi films for which she received appreciation from the audience are Luck, Gabbar is Back, Ramaiya Vastavaiya, and Welcome Back. Among her many famous dialogues, the line "Society criminals ke kuch karne se barbaad nahi hoti ... society tabaah hoti hai ek capable aadmi ke kuch na karne se" struck right into the minds of the audience.

Due to her contribution in various regional film industries, she enjoys a huge fan following from all over the country. We have prepared the list of all-time famous movies by her. Have a look at her memorable and hit films.