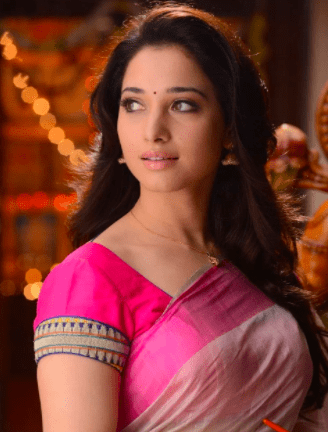 Tamanna Movies are popular in Hindi, Tamil, Telugu, Kannada and Marathi cinema. She started her acting career just at the age of 15. With her acting skills and charming smile, she has won millions of fan. And now, this Bahubali actress is a renowned personality all over the World. Below is the list of Tamanna movies, consisting of all time hits and flops throughout her career.

Even though she made her debut with Bollywood, her 1st movie was a disaster at the box office. Soon after, she moved to Tamil and Telugu cinema, where she became the leading actress. It is only after few years of her South Indian success that people started seeing Bollywood movies of Tamannah.

Unlike many other actresses, she started her career in modeling only after she became a successful actress. At one point of time, she even dated the famous Cricketer, Virat Kohli. But their relation didn't last long due to some unknown reasons.

In Bollywood, Tamanna is mostly seen in Sajid Khan productions like Himatwala, Humshakals, and Entertainment. Some of her successful South Indian movies include Bahubali series, Ayan, Devi, Racha, Bengal Tiger and many more.

BOTY has created Tamanna Movies List, where you will find all the hits and flops of her career. Check out the list and let us know if we skipped any popular movie of Tamanna Bhatia.