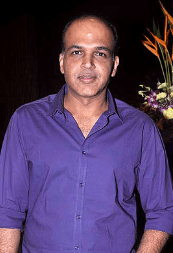 Ashutosh Gowariker is one of the finest directors of Hindi film industry who is best known for making period dramas in Bollywood. In the year 1193, he made his directorial debut with Raveena Tandon & Pooja Bhatt starrer Pehla Nasha. Further, he made many more movies. Since all the titles cannot be listed here, BOTY has created a separate column for Ashutosh Gowariker Movies which includes the list of all his films.

Lagaan, Jodha Akbar, Swadesh, Baazi, Mohenjo Daro etc are the most notable Ashutosh Gowariker movies. In Bollywood, Gowariker is famous for making big-budget period films. He made his directorial debut with Pehla Nasha in the year 1993.

Before being a film director, Ashutosh Gowariker was an actor who has acted in many films in the supporting roles. In the Hindi film industry, he made his acting debut in 1984 with the film, Holi. Along with this, he has worked in TV series as well. He portrayed prominent roles in CID, Chamatkar, Circus & many more.

After trying his luck in acting, he finally decided to enter the field of film direction. While his 2001 release Lagaan crossed Rs 50 crores worldwide, His historical film Jodha Akbar crossed Rs 100 crores in the year 2008. It was one of the highest grossing films of that year. To know more about Ashutosh Gowariker movies, Check out BOTY.