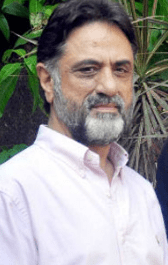 Harry Baweja is best known for his films such as Dilwale, Diljale, Imtihaan, Karz & Qayamat. The director has his own production company, Baweja Movies. Moreover, he is married to a film producer, Pammi Baweja. The director launched his son, Harman Baweja with his own directorial, Love Story 2050. For more Harry Baweja Movies, check out the list created on BOTY.

Harry Baweja started his career as an assistant director. In the year 1991, he made his directorial debut with the film, Trinetra. Furthermore, Diljale, Dilwale, Imtihaan, Karz, Qayamat etc are all Harry Baweja Movies.

Baweja is married to Pammi Baweja who is also a film producer. The couple has their own production company which is named as Baweja Movies. Apart from film production & direction, he is a scriptwriter as well. He has written the script of many of his own directorial such as Trinetra & Main Aisa Kyun Hoon.

In 2014, Harry made a computer animated Punjabi film, Char Sahibzaade which further had a sequel as well. BOTY has generated a full list of Harry Baweja Movies which includes all his films.