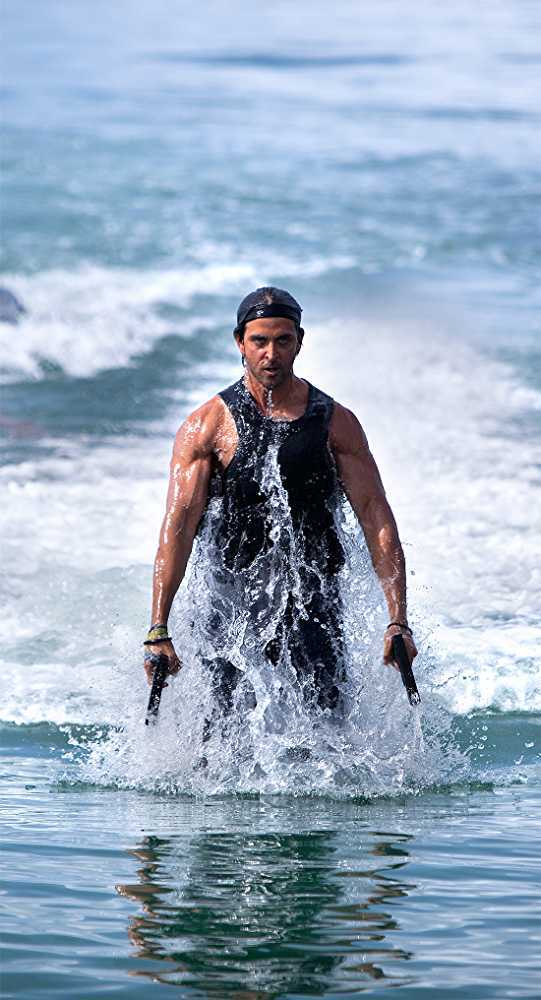 Hrithik Roshan is the son of a renowned actor and filmmaker, Rakesh Roshan. He is one of the most glamorous actors of Bollywood and is on the verge of completing 2 decades in the Indian film industry over the next couple of years.

Who is the most glamorous male actor of Bollywood? Almost everyone would find this question so easy to answer. Yes, it is. Because in the Indian film industry there is only one person, who has set a new standard of acting and dancing skills for all the other actors. Undoubtedly, the answer is the Greek god of Bollywood, Hrithik Roshan. Having looked at Hrithik Roshan Movies List, one can say that he loves to do experiment with his role in his films.And has worked on wide variety of movies.

All his movies have high-quality entertainment content for the audience and have taken filmmaking to a new level. His fans love to watch his work and eagerly wait for new Movies. This eagerness is genuine because the kind of person he is, no one can avoid watching him on the big screen.

In the next couple of years, Hrithik is going to complete around two decades of the journey in the film industry. Only a few people know that he started working in the films in his childhood days. And he made his debut as a child actor with the movie Aastha in the year 1980. He loved to spend time with his father on the sets. From here only, the journey of becoming an actor started. Hrithik Roshan worked in many films as a child artist and learned a lot of subtle details about acting.

As a mature actor, he made his entry into the film industry with Kaho Naa Pyaar Hai in the year 2000. This movie turned out to be the highest grossing film of that year. After this, he went through a bad phase but made his comeback with the movie Koi Mil Gaya. His father Rakesh Roshan produced this film.

With Krrish, he emerged as the first superhero of Bollywood. It is the success of Krrish series which gave his career a new height. His looks and persona completely separate him from the rest of actors. Because of his versatility, he enjoys a huge fan following from all age groups. Till date, he is the most glamorous star of Hindi film industry.

The exciting fact about Hrithik Roshan is that even if his movie fails at the box office. He still gets a strong response in his next film. It is only because of his attractive personality. He is a multi-talented personality which is evident from his acting, singing, and dancing skills. And the second reason is the choice of his films. Some of his recent hit films are Bang Bang and Kaabil.