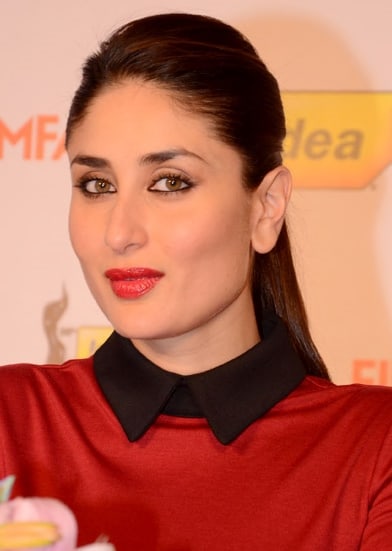 Kareena Kapoor is now commonly known as Kareena Kapoor Khan after marrying Saif Ali Khan. Born to the legendary actors, Babita & Randhir Kapoor, the actress get a smooth start of her career. We can say that she is a born talent. Since 2000, she has worked in more than 50 films & the counting is on. Since all her films cannot be listed here, BOTY has created a list of Kareena Kapoor movies where you can check out all her works.

Kareena Kapoor is the daughter of legendary actors Babita & Randhir Kapoor. She made her debut in Bollywood in the year 2000 with the film Refugee. Since then, she has delivered more than 50 movies in just 18 years of her career. Also, most of the Kareena Kapoor Movies are superhits. The actress has worked with all the Khans of Bollywood.

Her sister, Karishma Kapoor was the superstar of 90's. Further, Kareena became the superstar of the millennium year, 2000. The actress has worked in the films of every genre. Her films like Ashoka, Kabhie Khushi Kabhie Gham gave tremendous success & recognition in her initial days.

Along with her professional life, Kareena Kapoor has always been in headlines for her personal life as well. Before the time period of blockbuster, Jab We Met, she was in news due to her relationship with Shahid Kapoor. Later, they broke up & moved on. In the year 2012, she tied her knot with Saif Ali Khan & became Kareena Kapoor Khan.

Although her personal life is hilarious, she kept her work on with all her dedication. BOTY has created a list of Kareena Kapoor movies where you can check out all her works.