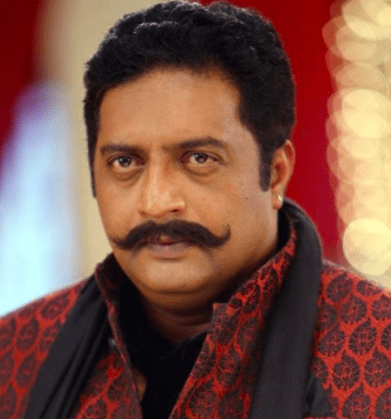 Prakash Raj Movies have mostly featured him as the villain. And his villainous roles are so hilarious that he has become the favorite Villain of the whole country. He is widely known for his works in Hindi, Tamil and Telugu cinema. Below is the list of all Prakash Raj Movies, which you can watch and enjoy his brilliant acting.

Starting off from small roles in Kannada films, Prakash Raj made his debut in 1994 in Tamil movie, Duet. And slowly, he moved into many languages like Telugu, Malayalam, and Hindi. Prakash Raj Movies mostly saw him in the role of a Villain, be in Hindi movie or South Indian Movie. He has rarely appeared as a good man or the lead actor.

Prakash Raj is a very popular name in the whole country. Where generally, people hate villains, Prakash, on the other hand, is immensely loved. And this is all because of his melodramatic villainous acting. Some of the popular Prakash Raj movies where he appeared as a villain are Wanted, Singham, Dabangg 2, Entertainment, Policegiri, Heropanti and Golmaal Again.

All of these movies became popular partly due to Prakash Raj. Such is the aura of this popular actor. He has become the favorite out of all the villains in Bollywood. He is fluent in many languages, due to which he renders his own voice in the dubbed movies.

BOTY has created Prakash Raj Movies List, consisting of popular Hindi, Telugu and Tamil movies. You can pick any good movie and enjoy it over the coming weekend.