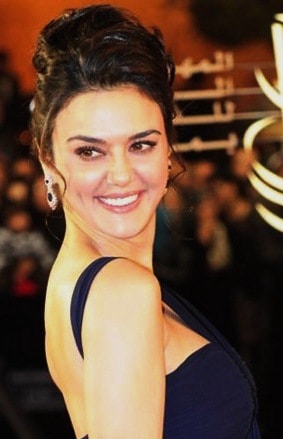 Preity Zinta is best known for her roles in movies such as Kya Kehna, Dil Hai Tumhara, Koi Mil Gaya & Veer Zara. She made her debut in acting with the 1998 release, Dil Se which also starred Shah Rukh Khan in the main lead. Apart from Hindi films, the actress has done several Punjabi & Telugu films as well. BOTY has created a list of Preity Zinta Movies which includes all her hits & flops. Check out your favorite ones.

During the period of 2000-2010, Preity Zinta was one of the leading actresses of the Hindi film industry. Bollywood's highest grossing films of the year 2003, Koi Mil Gaya & Kal Ho Naa Ho are both Preity Zinta films. Moreover, the actress has done films of almost every genre from romantic to the comedy. There was a decade (2000-2010) in her career in which she appeared in almost 30 films.

Preity Zinta started her career starring opposite Shah Rukh Khan with the film Dil Se in 1998. The audience loved her performance throughout this film. Further, she has appeared in numerous movies with SRK. Veer Zara & Kal Ho Naa Ho was one the most loved movies of them together.

Apart from Bollywood, she has appeared in some Punjabi & Telugu films as well. Also, she is the owner of the T-20 cricket team, Kings XI Punjab along with Ness Wadia who was her long-term boyfriend.

To know more about Preity Zinta movies, check out BOTY where a separate list of all her movies has been created.