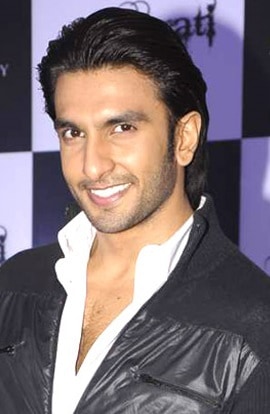 Ranveer Singh has proven himself as one of the best actors in Bollywood by giving back to back hits over the years. Seeing his dedication, the famous director, Sanjay Leela Bhansali has always opted him for epic movies like Ram-Leela, Baajirao-Mastaani & Padmaavat. Check out the complete Ranveer Singh Movies List and see for yourself the number of successes he bagged due to his performances.

Many people believe, Ranveer Singh is among those successful actors who made his mark in the industry without having any Bollywood background. But, this is not actually true. What people are unaware of is that he has long connections with Anil Kapoor's family. Sonam Kapoor & Ranveer Singh are maternal cousins. And hence, there will be no doubt in assuming that he has got the best grooming for being a top-notch actor.

He made his debut with 'Band Baaja Baarat' in the year 2010. For this, he bagged a National Award too. No doubt he made his entry with a bang as he got his breakthrough under the most popular banners i.e, Yash Raj Films. His journey to fame has always touched the sky without looking backward. In just 8 years, Ranveer Singh movies list has more than 10 films.

Over the years, we have seen him playing various roles whether it's historic or trendy. He fits in every character so well that filmmakers opt him back to back for their movies. The reason for that lies in his never-ending energy level which no other actors can match easily. And hence, he is popular among his costars & fans as the "Energy Bomb in Bollywood".

He has always stunned the audience with his unique & crazy entertaining style. Apart from his acting skills, his fans are also crazy about his dance moves, trendy looks & funny sense of humor.

Ranveer has also been highly active on the social media. He is so passionate about football, that his Twitter account is full of updates on the popular sport. He also tops the social media for his crazy styles. And this is totally evident from the fact that his fans even copied his hairstyle & beard style. A large number of youngsters follow him crazily & look forward to his new styles.