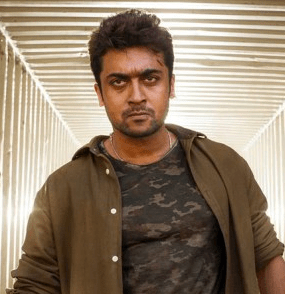 Suriya is the superstar of Kollywood. He is one of the highest paid Tamil actors. One of his movies, Singham, was such a massive hit that till date, the movie has been remade in 5 more languages. Not just this, all Suriya movies are massive hits and loved by people to the core.

Belonging to the family of superstars, making one's own place is not easy in the film industry. But Suriya managed to make his own name. After making his debut with Nerrukku Ner, he got a major breakthrough with the 2001 movie, Nandha. And since then, the majority of Suriya Movies became either super hits or blockbusters.

One of such movies is Singham, released in 2010. The movie was so much loved all over India, that it was remade in several other languages. In the Hindi remake with the same name, Ajay Devgn was the main lead. In Kannada, the movie released with the name Kempe Gowda, led by Sudeep. The Bengali remake was titled Shotru. While in Punjabi, the movie will release under the name Singham.

Suriya is one of the most versatile actors. Be it action, romance, dance or comedy, Suriya has excelled in all kinds of roles. Some of the other super hits of Suriya include Kaakha Kaakha, Ghajini, Ayan, and many more.

BOTY has created Suriya Movies List, consisting of all the hits and flops of this popular Tamil actor. Check out the list and pick a movie to watch.