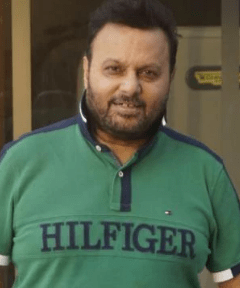 Anil Sharma is a film producer & director who has delivered many notable films in Bollywood such as Elaam-E-Jung, Tahalka, Apne, Veer, Gadar: Ek Prem Katha & many more. With direction & production, Sharma has been the writer of many successful films. BOTY has created a full list of Anil Sharma Movies which includes all his directorial. Find out your favorite ones.

Sharma made his directorial debut in the year 1981 with the film, Shraddhanjali starring Raakhee in the lead role. This was his critically & commercially acclaimed film. Further, he came up with many superhits & worked with all the bigwigs of that time.

In the year 1987, he made Hukumat which featured Dharmendra in the lead role. This film became the highest grossing film of that year. Since then, he has been serving the Hindi film industry with his super hits.

Since all his films cannot be listed here, BOTY has created a column for Anil Sharma Movies which includes the list of all his work.