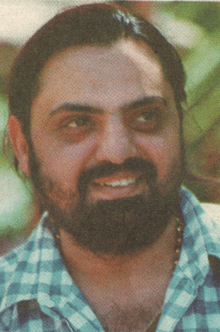 Raj Kanwar was one of the famous film producers, writers & directors in the Hindi film industry. He is best known for his films like Laadla, Judaai, Humko Deewana Kar Gaye, Har Dil Jo Pyar Karega & many more. Mostly, his directorial was written & produced by himself. Since all his movies cannot be listed here, BOTY has created a special column for Raj Kanwar Movies which includes the full list of his movies.

Many Bollywood Superstars made their debut with Raj Kanwar movies. He made his directorial debut in the year 1992 with the super hit, Deewana. Interestingly, this movie also marks the debut film of Shah Rukh Khan. Like this, he introduced Priyanka Chopra & Lara Dutta with his film, Andaaz in the year 2003.

Since all his films cannot be listed here, BOTY has created a special column for Raj Kanwar Movies which includes the list of all his movies. Find out your favorite ones.