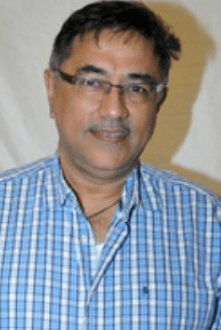 Suneel Darshan is best known for his films like Jaanwar, Ek Rishtaa, Talaash, Andaaz, Barsaat & many more. He made his debut in film production in the year, 1987 with Inteqam starring Anil Kapoor & Sunny Deol in the lead role. Later, he made his directorial debut in 1996 with an action movie, Ajay starring Sunny Deol & Karishma Kapoor as the main leads. To know more about Suneel Darshan Movies, check out BOTY.

Before being a film director, Suneel Darshan became a famous film producer in the year 1987 with Inteqam. Later after producing Inteqam & Lootere, he tried his luck in film direction as well. In the year 1996, he made his directorial debut with an action thriller, Ajay. Furthermore, Barsaat, Jaanwar, Ek Rishtaa, Talaash: The Hunt Begins etc are all Suneel Darshan movies.

Interestingly, Suneel Darshan has been the producer & scriptwriter of most of his movies like Shakalaka Boom Boom, Barsaat & Dosti: Friends Forever. His 1999 release, Jaanwar became one of the super hits of that year. It featured Akshay Kumar, Shilpa Shetty & Karishma Kapoor in the lead role.

To know more about Suneel Darshan Movies, go to BOTY where a separate list of all his films has been created.