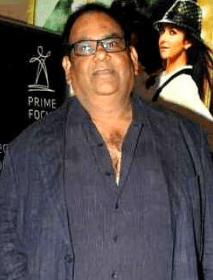 Satish Kaushik is a well-known director & producers in the Hindi film industry. Apart from the film direction, the director is well known for his comic roles in several films. Started his career as an assistant director, he made his directorial debut in the year1993 with Roop Ki Rani Choron Ka Raaja starring Sridevi. BOTY has created a full list of Satish Kaushik Movies which includes all his movies. Find out your favorite ones.

Apart from being a film director & producer, he is an excellent actor & a dialogue writer as well. He has acted in many films like Mr. India, Udta Punjab, Double Dhamaal & many more. In addition, his role as a Calender in Mr. India & Pappu pager in Deewana Mastaana is still one of the most famous comic roles.

Initially, Kaushik started his career as an assistant director in 1983. At that time, he assisted Shekhar Kapoor for Masoom & Jaane Bhi Do Yaaron. For more Satish Kaushik Movies, check out BOTY.